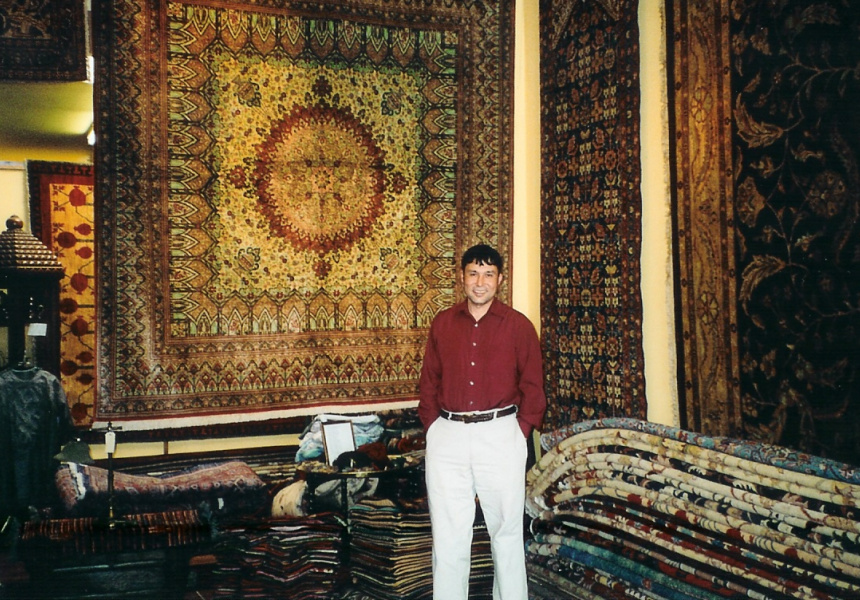 At first look, Decor + Design is Australia’s biggest design trade show. Look again, and it becomes a pop-up story-book of rich and complex journeys. Many of the exhibitors who will be showing at the Melbourne Exhibition Centre in July have navigated incredible paths to be there.

Take Najaf Mazari, who began life as a shepherd boy in the beautiful mountains of Afghanistan, before training in the ancient Afghan art of rug making. The horrors of the Taliban forced him to flee his homeland almost two decades ago.

Najaf has painstakingly rebuilt his life in Australia and is now the proprietor of Najaf Rugs and Textiles in Prahran, Melbourne.

Najaf says that being born in a war-torn country has helped shape who he is today.

“It has made me strong, resilient and appreciative of the things I have achieved. Experiencing and seeing horrible things has motivated me to do exactly the opposite of what was done to me and my family.”

Determined to build a life for himself, Najaf was determined to beat the odds, refusing to let his past and circumstances stop him from making the best of his new home.

Najaf’s skills as a ‘Master Rugmaker’ were to prove his lifeline. In Afghanistan, his choices were to get trained in a skill or to get an education. His family couldn’t afford to send him to school, so a skill was a necessity. Initially, Najaf’s elder brother sent him to a welding factory, which he hated with a passion as hot as the simmering furnaces.

‘One day I ran away from my job and bumped into a man that offered to teach me how to make rugs. I thought, why not? I learnt the craft from him and fell in love instantly. I got into big trouble when my brother eventually found out, but I refused to go back to welding!’

Afghan rugs are handmade by a slow, careful technique. ‘There is almost no modern technology involved. I love how authentic the rugs are, that’s why I am still so passionate about my business and job.”

The Rug Shop with No Rugs

In 2002, Najaf opened his rug shop in Prahran without much money, little English…and no rugs! In fact, he had no rugs for a month, until a man from Sydney came to Melbourne with a van of wholesale rugs. When he couldn’t sell them, he dumped them with Najaf to sell on approval.

“I was so excited to finally have some stock! Although, they weren’t my products, it was better than nothing. I had no money to buy rugs but I wasn’t scared, I had gone through far worse than having no stock in my shop.”

Najaf’s skills and his journey across the oceans had given him the stoicism to persevere. First, he started becoming famous around Melbourne for his rug repairs. Eventually, he was making enough money to get his own rugs in store.

“I didn’t know any English when I arrived in Australia. Most of the time, I was using body language to sell my rugs and interact with my customers. Very hard times but I tried to do my best.”

Najaf in his Prahran Rug Shop

Najaf Rugs & Textiles is now a well-known Afghan rug shop in Melbourne. Its authenticity has made it a success. Najaf follows Afghan custom by offering each customer Afghan tea when they arrive. Most of his products are from Afghanistan, with the remaining 2% hailing from India, Uzbekistan, Pakistan and Kashmir.

Najaf travels multiple times a year to these countries to inspect the rugs first hand before they arrive in Melbourne. Importing high-quality products that he believes in is hugely important to him.

Visitors to Decor + Design in July will have the chance to see many of Najaf’s beautiful handmade rugs, in new designs and colours.

“A lot of our new rugs are very wholesale and designer friendly. It’s easy for us to tweak around colours and sizes to suit different spaces We have worked very hard to get the rugs made in time, so we’re excited to show them to visitors.” 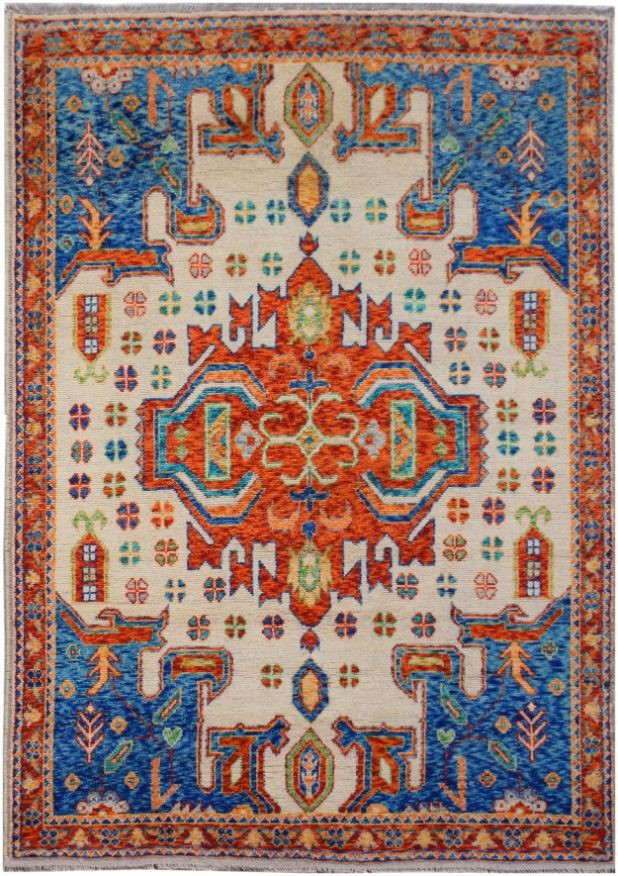 Najaf has also written a book and speaks regularly to audiences around Australia, often to young people starting off their own journeys. We asked him what his key message is for them.

“The biggest message I like to preach is peace. I have been subjected to war most of my life, I know what war does to a country and to its citizens. War brings nothing but death, lost opportunities, sadness and fear but peace brings the exact opposite of those things. I like to remind the young generation how lucky they are they to be living in a country that truly wishes them well. And finally, education! Continue your education and take it seriously as it’s the one of the things that can open so many doors for you.”

We’re delighted that Najaf will be showcasing his beautiful Afghan rugs to the design industry at Decor + Design, 18 – 21 July at Melbourne Exhibition Centre. Register to visit the show and see his beautiful wares at Stand H6.