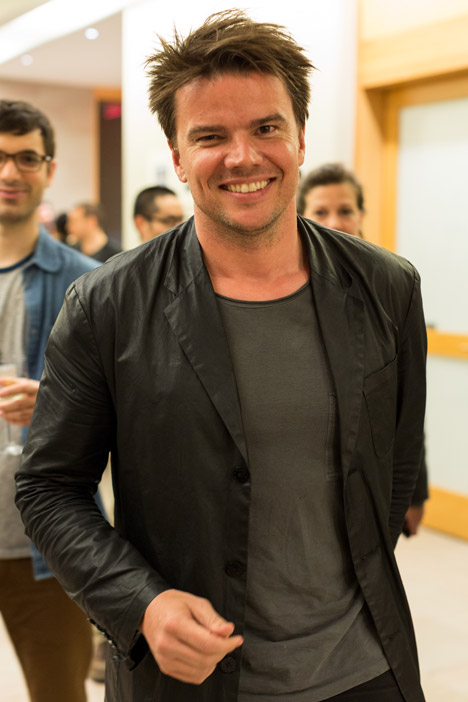 Quiz any architecture or design student on their key inspirations and Bjarke Ingels is quite likely to pop up near the top of the list.

At a relatively young 41, Ingels has some serious cred. With mammoth projects in development, ranging from the revitalisation of the Ground Zero/World Trade Centre precinct in New York to the creation of a cavernous ‘Malaysia Centre’ inspired by the Mulu caves for the Battersea Power Station redevelopment, Ingels has a global portfolio which is difficult to match and continues to gather apace.

Born in Denmark in 1974, Ingels was originally interested in becoming a cartoonist and started studying architecture in Copenhagen merely with an eye to improving his drawing. His interest was quickly piqued and he moved on to study further in Barcelona before returning home to become co-founder of the agency PLOT. Their body of work is heavily inspired by nature – one of their most famous designs in 2005 was the Helsingor Psychiatric Hospital, shaped like snowflake and made mainly from aluminium, metal and glass.

After disbanding PLOT in 2005, Ingels went on to found the wonderfully named design firm BIG (Bjarke Ingels Group). Since then he has gone from pillar to architectural pillar, creating landmark international projects. In 2015 it was announced that he had been chosen as one of the architects of the incredibly prestigious Two World Trade Centre, to replace the Twin Towers in New York.

His early aspirations as a cartoonist and sense of fun are also evident in his designs. For example, his blueprint for the upcoming Lego Museum in Denmark is a stack of supersized blocks that are a paean to childish dreaming (BIG also built the model for the proposal out of 250,000 Lego bricks).

With so much on the books, the BIG agency now counts over 300 employees at its Copenhagen headquarters. Ingels’ penchant (and ability to win) show-stopping projects has predictably divided the world of architecture and design. His designs tend to focus on new forms rather than re-interpreting and complementing an existing landscape – there is an argument that the latter should be a core tenet of modern architecture. Bjarke plays with the imagination; he has said that his work is based on ‘turning surreal dreams into inhabitable space’. This has led to criticisms of ‘gimmicky tricks’. Yet few can deny his talent in sparking the imagination. As the critic and dean of the Frank Lloyd Wright school of architecture comments:

‘What is remarkable is how often Ingels manages to astonish with what seem like simple gestures that are both appropriate and bold in their effect.’

Many of BIG’s concepts are still in development. Take a look at nine of their completed projects and keep an eye on Design Online in the lead up to Decor + Design 2016 in Melbourne to see who is causing a stir on the world stage.