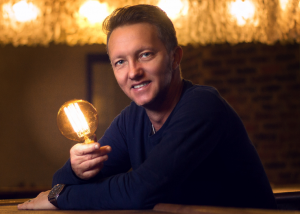 One man’s trash really can become another man’s treasure – or a pivotal piece of a house and its story. South African lighting designer Stephen Pikus is on a mission to transform the way we see waste through his design studio Stephen Pikus Design.

Based in Johannesburg, the designer and his team re-purpose discarded materials by harnessing the most environmentally and socially friendly processes possible. Working closely with recycling agencies and established NGOs, their unique design approach is always aware of the wider world.

It’s a perspective which has developed organically. During a stint with a not-for-profit organisation and orphanage in the mountains, Stephen met several artists and began working with them on transforming farm houses which were in dire need of being overhauled, albeit at minimal cost. Stephen had grown up using his hands; his father was a building contractor and from a young age he had loved the thrill of watching something take shape.

Working within very limited budgets meant that Stephen would trawl the rubbish yards and be inspired to re-purpose surprising objects. One ‘lightbulb’ moment was when he was at a service station in the middle of the Karoo desert and saw an air filter sticking out of a garbage bin. Inspiration struck that it would make the perfect lamp shade and the TRuK Lighting range was born. These lights have an edgy, industrial feel and can be used as pendants or as table lamps. The air filters are from diesel trucks and extremely hard to recycle, being tainted with oil and diesel, so these clever designs are a brilliant way of re-purposing. 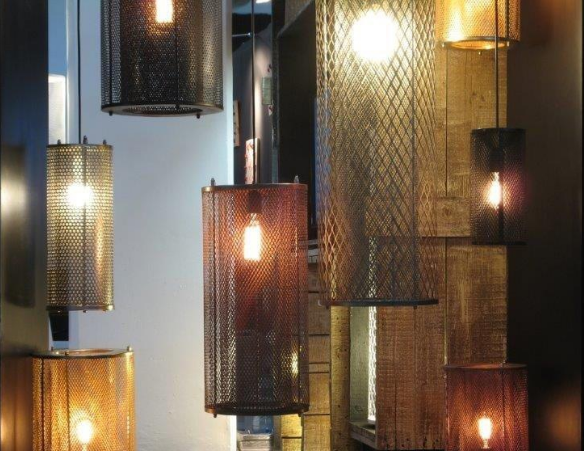 The evocative FIRE + ICE range is best described as ‘functional art’; lighting made from recycled glass and fashioned into extraordinary chandeliers that emit delicate shafts of light. There are four standard designs but can be customised into bespoke pieces upon request. 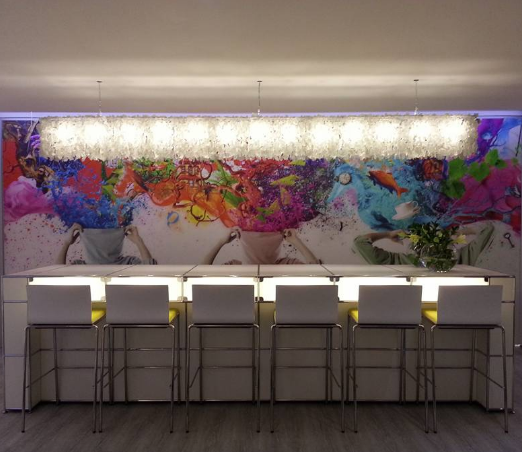 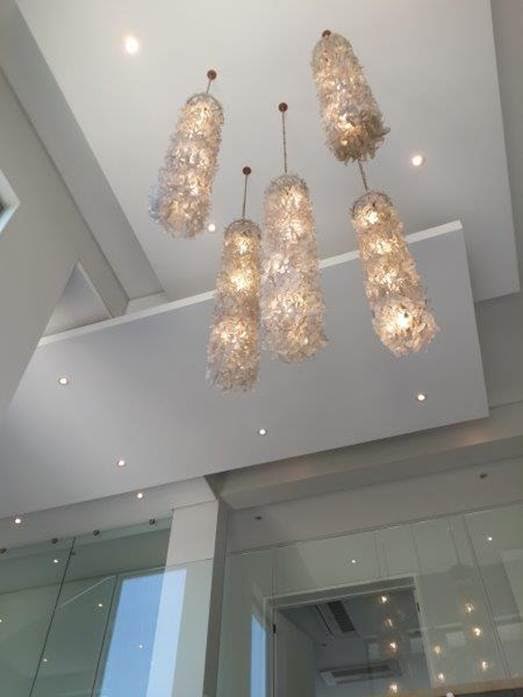 These pieces are made even more magical by the fact that they are made in workshops populated by the local community in Johannesburg. Stephen brings new meaning to ‘creative human resourcing’. His latest employee was hitch-hiking down the highway last week with his wife and small children when Stephen stopped to pick them up. On finding out the man was unemployed, he offered him a job in his workshop. Lucas is now being trained in making the chandeliers. With almost 30 people now working on assembly and production, as well as sourcing materials, it’s a wonderful social enterprise. 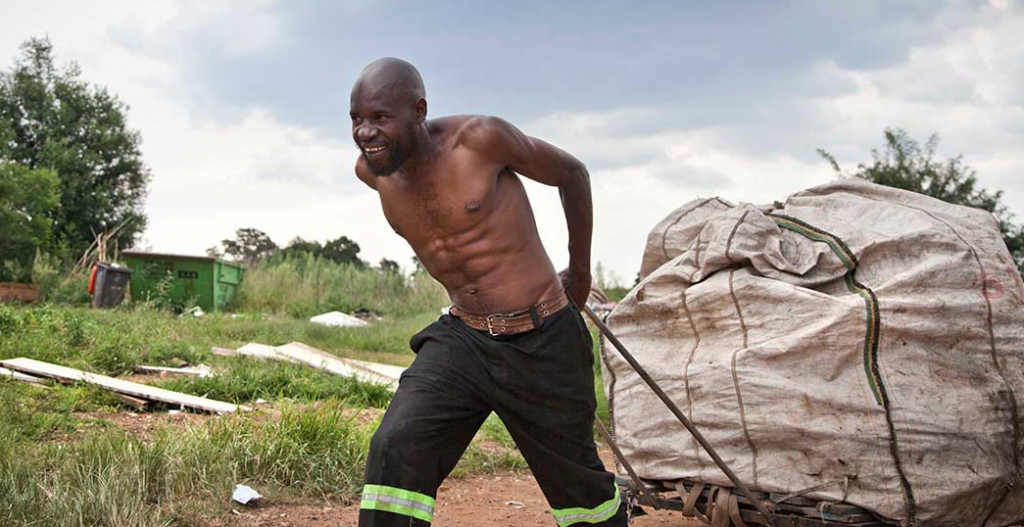 One of Stephen Pikus’ team sourcing materials from the scrapyard.

‘For me, the social uplifting aspect is just as important as the environmental impact. There is so much that is overlooked in both design and in society. Our design ethos is about harnessing everything we can and giving back.’

Stephen Pikus Design presently undertakes hospitality and commercial projects across South Africa, as well as bespoke installations in private residences. Entrenched in the South African market, Stephen is now taking his beautifully unique pieces global. He will be at New York Design Week this May and we are delighted that he will be showcasing his work at Australia’s No.1 Interiors Event, the Decor + Design show in Melbourne from July 20 – 23.

Represented by Africanologie Home in Australia, pieces from both the TRuK and FIRE + ICE range will be on display at Stand i40. Based in Sydney, Africanologie Home was born out of a love and passion for the diversity of Africa. They have strong relationships with the artisans who produce their hand-selected range.

Stephen will also be speaking as part of the 2017 International Seminar Series, the theme of which is, fittingly, ‘Conscious Design’. As Stephen says:

“People are more aware. They don’t want to buy something that’s been made without consideration of the environment and people”.

It’s an ethos that designers and retailers have awoken to. Stephen Pikus Design’s conscientious approach extends to the packaging and shipping. For example, many of the components of the fixtures nest within one another, thus taking up minimal space and reducing the overall carbon footprint. The small crate used for packing also converts into a coffee table, fitting in with Stephen’s overall ethos of ‘waste not, want not’.

Don’t miss Stephen Pikus at Decor + Design 2017. Stephen will be speaking on Friday 21 July, Day 2 of the show. Register to visit now.