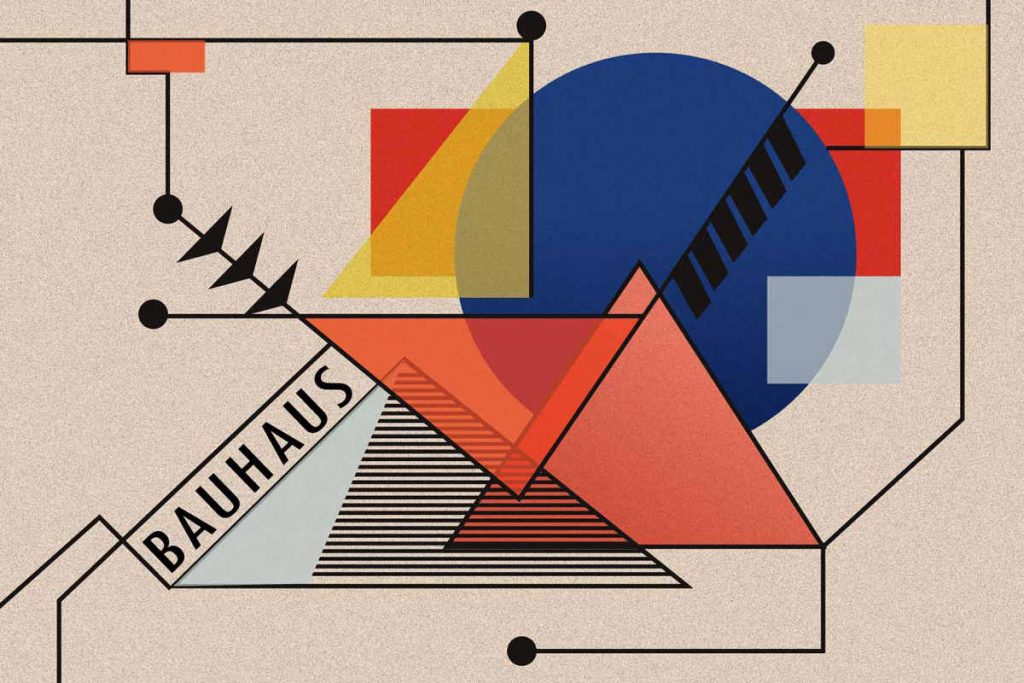 Bow wow wow, BAUHAUS! Get your most minimalist party threads ready; 2019 marks the centenary of one of the most important design schools of the modern era.

The Bauhaus was founded by German architect Walter Gropius in 1919, as a place where the fine arts, crafts and design could merge into one school of thought. It was later moved to Dessau and then Berlin, before being closed in 1933 under duress from the Nazis, who painted it as a centre of communist intellectualism and collusion.

Why is Bauhaus Important?

The Bauhaus was founded straight after Germany’s resounding defeat in the first World War, in a time of immense political and social upheaval. The school sought to harness modern technologies in a utilitarian and functional way, to make good design available to the masses.

One of its most famous grounding principles was that “form follows function”; a fundamental approach that continues to have a resounding impact on art, architecture and design.

The Bauhaus believed that a thorough understanding of both art and technical craftsmanship was essential to good design. Only then could it be stripped back to its most fundamental elements.

In a series of articles celebrating #Bauhaus100, we will take a look at some of the more iconic pieces that sprung out of the movement. First off, a chair by the final director of the Bauhaus, Ludwig Mies van der Rohe… 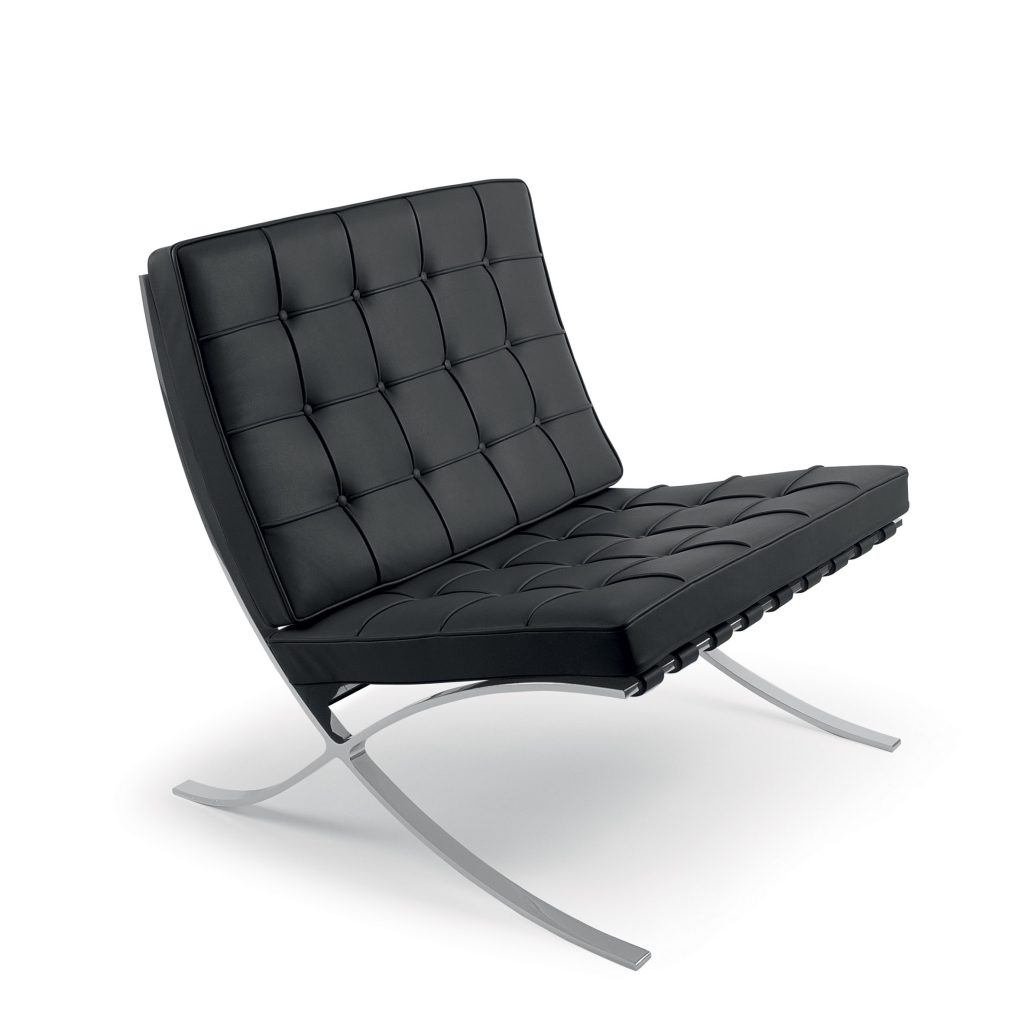 This chair was originally created in 1929 for the Barcelona International Exposition. Bauhaus director Ludwig Mies van der Rohe has became one of the most important modernist figures of the twentieth century, known simply as “Mies” in design circles.

This chair was designed in collaboration with architect Lilly Reich and features two rectangular leather cushions over a light frame. It was re-designed in 1950 using stainless steel, allowing it to be formed from one piece of metal with no breaks. 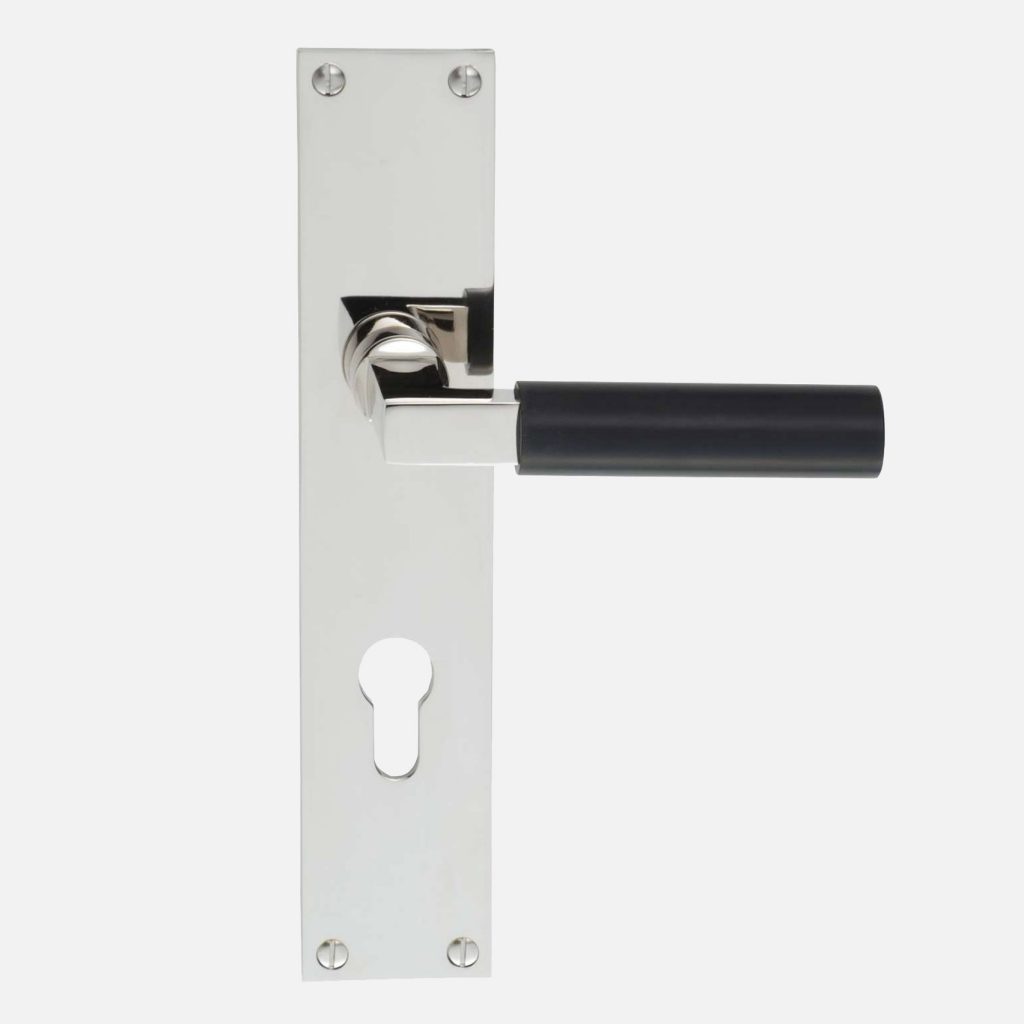 Bauhaus founder Walter Gropius originally designed this door handle for a factory, and it was put into mass production in 1923. The industrial style handle is made from nickel-plated brass, with a cylindrical grip and squared stem.

Its attractive form and seamless functionality have made it one of the most commercially successful Bauhaus designs. 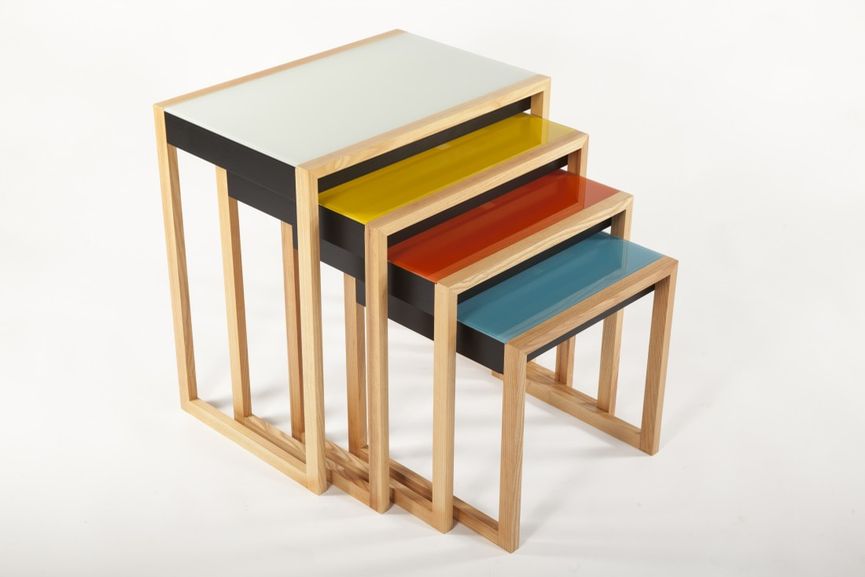 The impact of this iconic design from Joseph Albers can be seen in a million cheap, colourful knock-offs available online.

Albers was a modernist painter who was obsessed with the technical aspects of both minimalism and colour; he applied the same precision to his furniture design as to his geometric paintings.These beautiful nesting tables were designed in solid oak and lacquered glass.

Love modernist design? We’ll be celebrating 100 years of Bauhaus at the 2019 Decor + Design show in Melbourne!