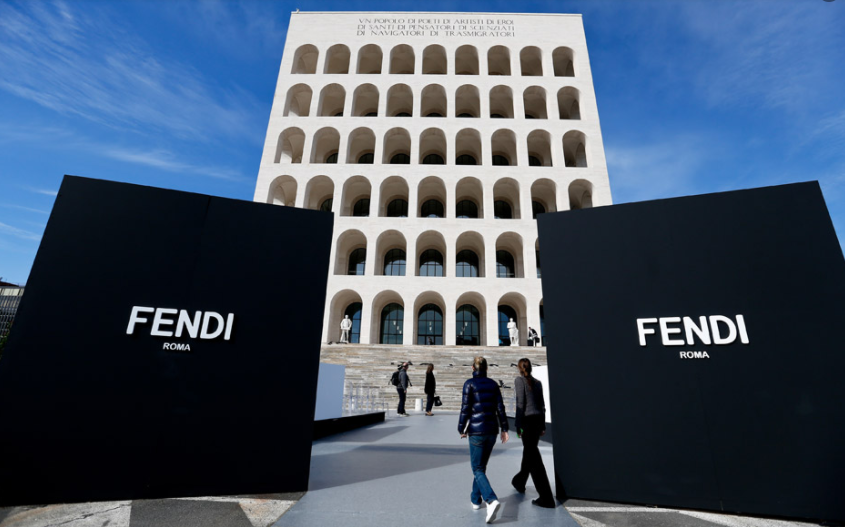 02 OctFendi’s Rome Headquarters are a Master Class in Design

LUXURY IN DESIGN: The name Fendi conjures up images of decadence. The quintessentially Italian house is justly famous for an aesthetic of pure luxury. Founded in 1925, it is still helmed by the Fendi family. With Karl Lagerfeld as Creative Director for the last fifty years, it has a loyal following around the world.

In 2015 Fendi’s Headquarters moved into a new home in Rome – the Palazzo della Civilta Italiana. The latter is a six floor masterpiece of Brutalist architecture, nicknamed ‘The Square Colosseum’. Commissioned by Mussolini during World War Two as an exhibition space, it is a geometric paean to simplicity. It features 216 stunning arches, the graceful curvature of which contrast brilliantly with the square frame. 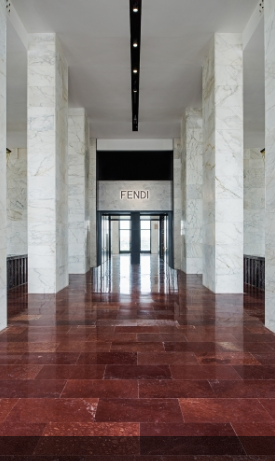 Contrast is an essential part of the building’s charm. It took 18 months of renovation to get the building ready for Fendi’s use. The interior renovation was overseen by renowned Italian architect Marco Costanzi. The brief was very much to retain the industrial breadth of the space and uncover the original character. The plastic coated layers which had been applied to the floors were stripped off to reveal the original concrete and red marble floors. The opulence of the restored crystal and brass chandeliers against austere marble create an intriguing juxtaposition that is the definition of luxury.

Costanzi’s team included the brilliant Australian interior designer David Hicks, who spoke at this year’s Decor + Design show in Melbourne. His eponymous studio has been responsible for some of the most striking interiors in Australia, such as his Macedon Residence which was nominated for the 2017 Belle Magazine Interior Design Awards. David commented at Decor + Design 2017 that he loves when restraint and exuberance are juxtaposed in design, as it’s like unwrapping a beautiful gift.

“I like to look at architecture, interiors and decoration together. I like having a really big idea and then simplify it down. Then adding a layer over that which is the surprise or something that you’ve never seen before.” 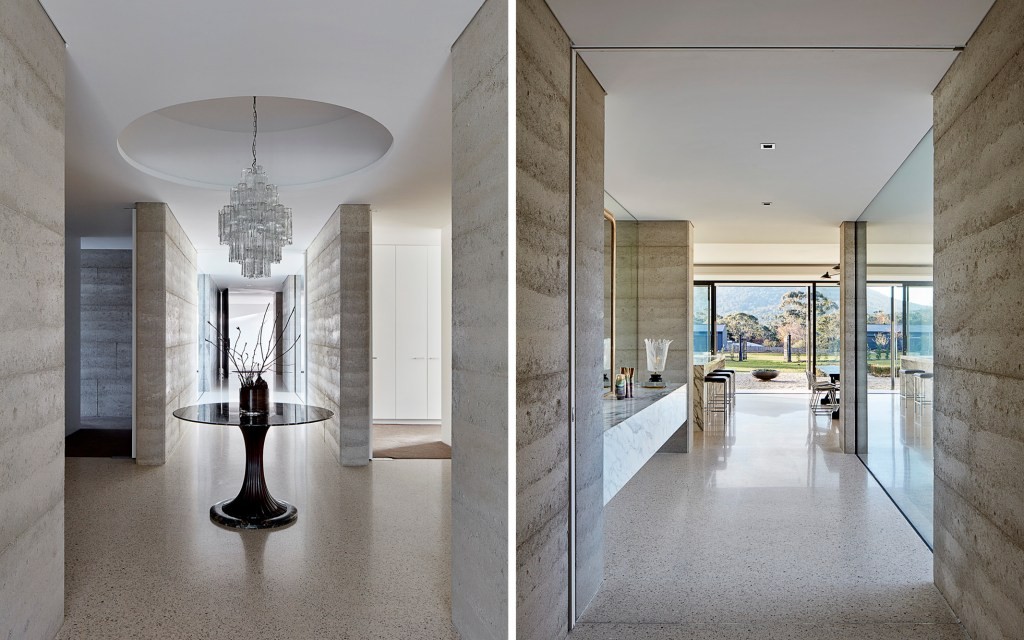 The Australian House & Garden International Seminar Series is a highlight of each year’s Decor + Design show in Melbourne, Australia’s No.1 Interiors event. Subscribe now to receive updates on the program for 2018, as well as regular insights into the world of design and decoration.