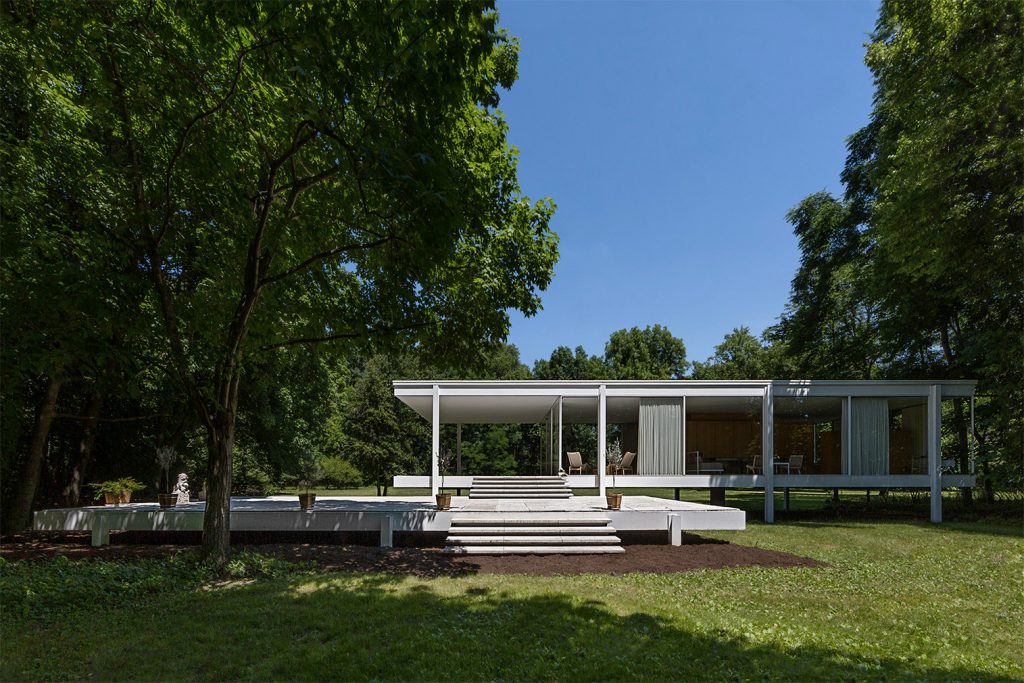 As past visitors to the Decor + Design show in Melbourne will attest, design can be a marriage of many things. Frippery and the functional. The grandiose and the unassuming. Or a wondrous cocktail of both. Look no further than Farnsworth House in Illinois, America. It is a one-room, single story house constructed of steel and glass, which has nevertheless caused a ripple through the subsequent decades of design and continues to fascinate today.

Farnsworth House was designed and built between 1945 and 1951 for a brilliant, wealthy nephrologist, Dr Edith Farnsworth. Its architect was none other than Bauhaus alumni and legend, Ludwig Mies van der Rohe.

Situated on sixty acres adjoining the Fox River, it was commissioned by Dr Farnsworth as a rural retreat where she could enjoy nature and indulge her creative hobbies such as playing the violin.

This simple brief evolved into not only a landmark piece of architecture, but a barnstorming story to boot – with a rumoured love affair between architect and client, spiraling construction costs, a lawsuit and a tumultuous and very public falling out between the two. [Side note for design film lovers – the story is set to be made into a film in 2021 starring Ralph Fiennes and our favourite Australian actress Elizabeth Debicki].

Part of the eventual friction between Farnsworth and Mies van der Rohe was the latter’s interpretation of his client’s brief. Farnsworth asked the architect to create a retreat where she could feel at ease, write poetry and appreciate the verdant surrounds.

In response, Mies Van Der Rohe created a 140 sqm glass and steel structure that has become a textbook example of the International Style of architecture. This was a style that first emerged in Europe after World War I and spread, becoming an influential architectural style until the 70s. Key characteristics include the use of mass-produced, industrial materials, minimalist interiors, a muted colour palette and the use of flat surfaces and large areas of glass. Repetitive forms are a feature, as is an emphasis on volume over mass. Farnsworth house is strikingly flat and open, and inspired homes around the globe. 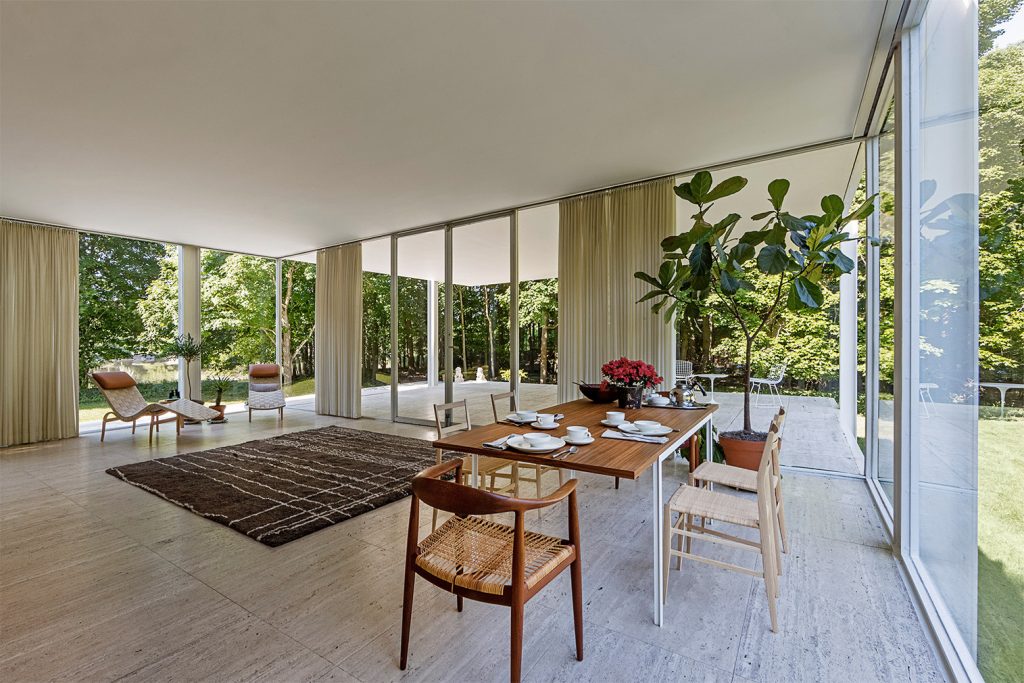 While Dr Farnsworth was a lover of modernist design and minimalism, she ultimately felt the house was too open and not a calm place to be. As she told House Beautiful magazine in 1953, after she had taken up residence:

“Do I feel implacable calm?…The truth is that in this house with its four walls of glass I feel like a prowling animal, always on the alert. I am always restless. Even in the evening. I feel like a sentinel on guard day and night. I can rarely stretch out and relax…”

Indeed. For while Farnsworth house is a marvel to look at, inhabiting it would have a fishbowl-like quality for the resident which is not perhaps what the good doctor ordered. Regardless, Edith Farnsworth had an uncertain appreciation for the house and lived there next two decades. She then retired to a villa in Italy, where she wrote her memoirs and translated Italian poetry. 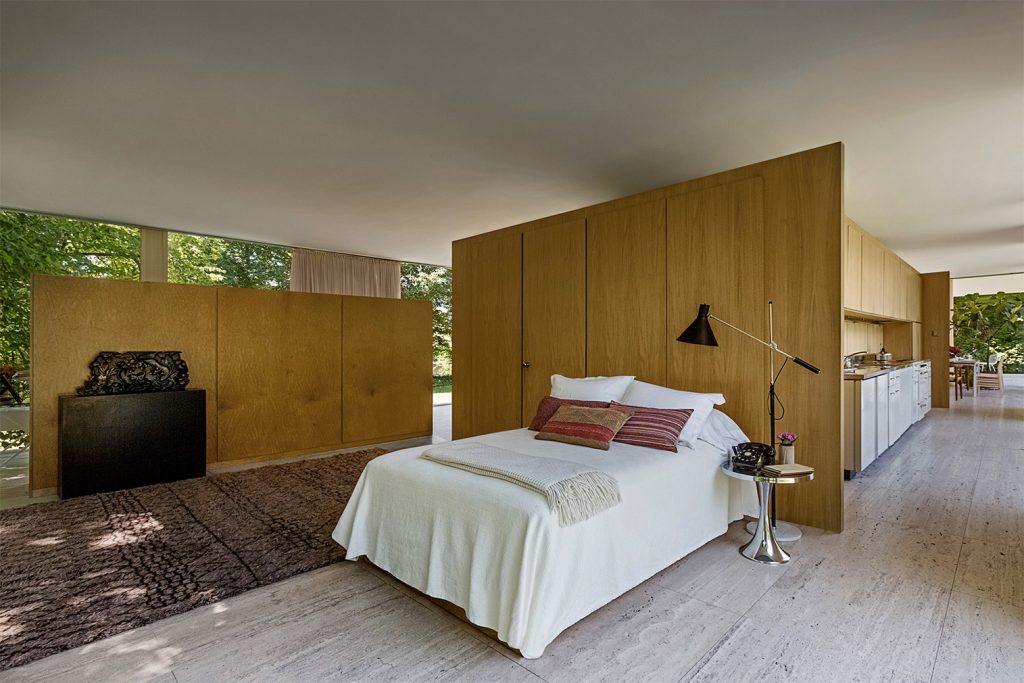 A Lovers’ Quarrel or a Brief Gone Awry?

Farnsworth and Mies van der Rohe’s love affair has never been confirmed but rumours have abounded for the last seventy years and become part of the lore of Farnsworth House. Whatever the truth, what we know for sure is that the two parted ways with the greatest of enmity. With the eventual cost of the house doubling and disputes over the contract, Mies and Farnsworth ended up in court, with negative PR for the famous architect. Despite a deep working relationship during the design and construction, the two never spoke again.

What remains is the design legacy of Farnsworth House, undisputed as a landmark of the International Style of architecture and a site which continues to inspire architects, interior designers and design lovers around the globe.