The past century has seen the rise of notable furniture designers in Australia. Many of them followed the design trends of their time while a few created their own style and amassed a great following for it. The success of this industry is clear, and many of today’s talented designers have contributed to this great feat. But we can’t deny that the post-war pioneers from half a century ago had made all of these possible in the first place.

After the Second World War, industrial designers found a good use for the resources around them. They pushed the boundaries and came up with new ways to design furniture. Their level of craftsmanship was impressive, as we all have seen through their works. As a tribute, and to recognise the works of modern designers, here is a list of the most influential furniture designers that Australia has ever produced.

Paying Homage to the Most Respected Furniture Designers in Australia 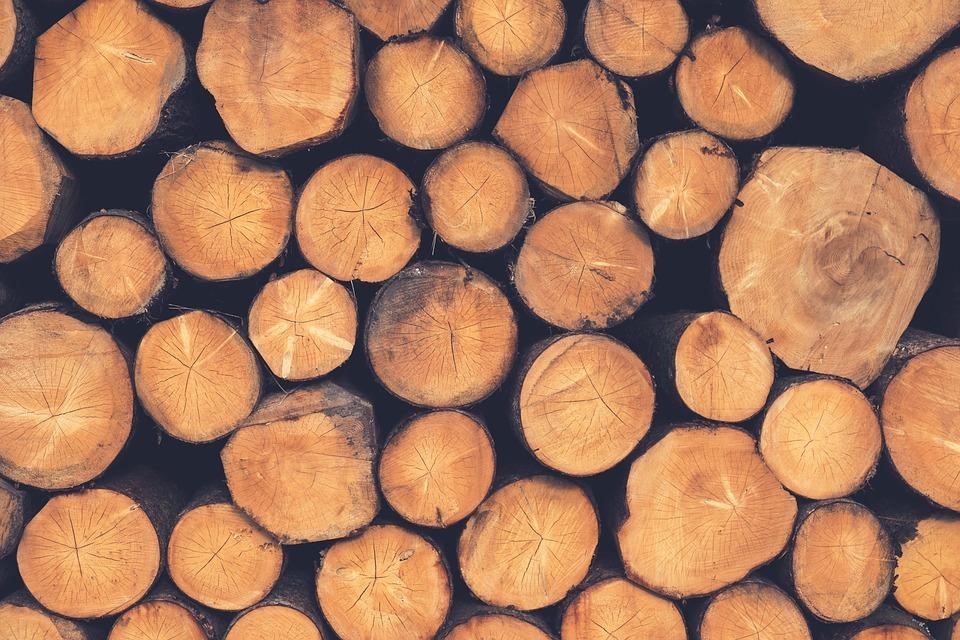 You probably know Fred Ward as a cult figure among antique lovers. But this furniture designer wasn’t always a celebrated star in the industry. Hailing from Canberra, Fred Ward was among the furniture designers in Australia who didn’t follow the pack and instead defined their own terms. He lived during a time when designers patterned their work after European crafts. Unlike others who used dark stains to imitate European timber, Fred Ward made use of local resources like Blackwood, fiddle back, myrtle, coach wood, and white gum. Even before the ergonomic revolution took over the furniture design industry, Fred Ward had always made it his legacy to create good designs that improved people’s lives. In the middle of his career, Fred Ward worked at the Australian National University, first as a design consultant and eventually as the university designer.

Douglas Snelling: The Name Behind the Snelling Chair 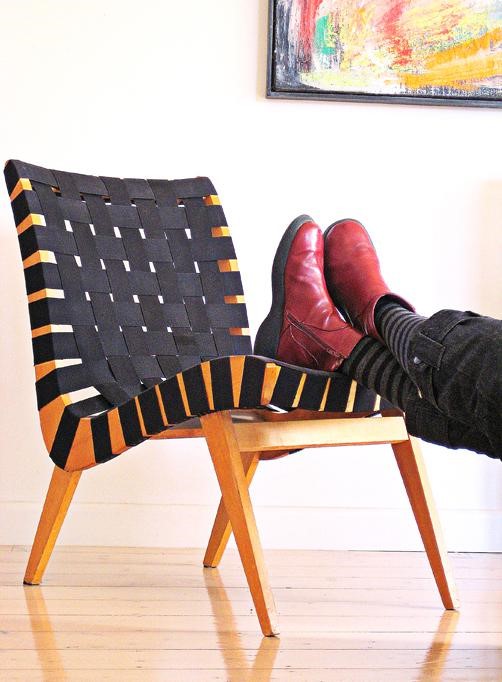 Douglas Snelling is unquestionably one of the most popular Australian furniture designers who have ever made an impact in the industry. Although he’s British-born, Douglas Snelling is a pride of Sydney. His most celebrated work is the Snelling chair, which made use of synthetic ex-army webbing and curvaceous timber frame. Snelling’s knack for design can be traced back to his teenage years, when he opened his own graphic arts and show window design business. Throughout his career, Douglas Snelling had achieved many architectural feats, including Australia’s first range of mass-produced modern lounge seating, dining room, and storage furniture. After his death in 1985, Snelling’s work was ignored by his rivals’ supporters for some time. It was in the 1990s when young urban Australians began appreciating the Snelling line of chairs and tables again. 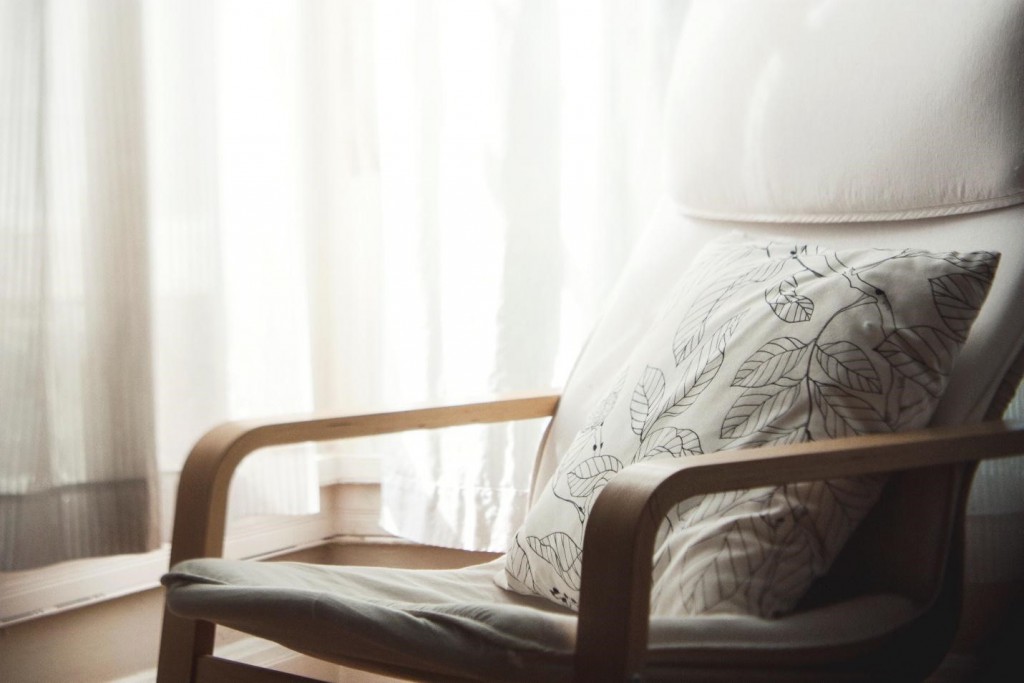 If there is one furniture designer in Australia whose name a layman would recognize, it is probably Grant Featherston’s. Featherston is most known for his Contour series of chairs and chaise lounges, which are essentially upholstered, molded plywood that fit the curves of the human body. Since their introduction in 1951, these designs have become a part of the Australian modernist furniture landscape. In fact, more than half a decade after they were first introduced, these works of art are still being reproduced today. In the 1950s and 1960s, Featherston was almost a household name. He and his wife Mary formed a design partnership, and together, they won a handful of design awards. Some of the works that they produced were the Delma chair, the Obo chair, the Stem chair, and the Scape chair. 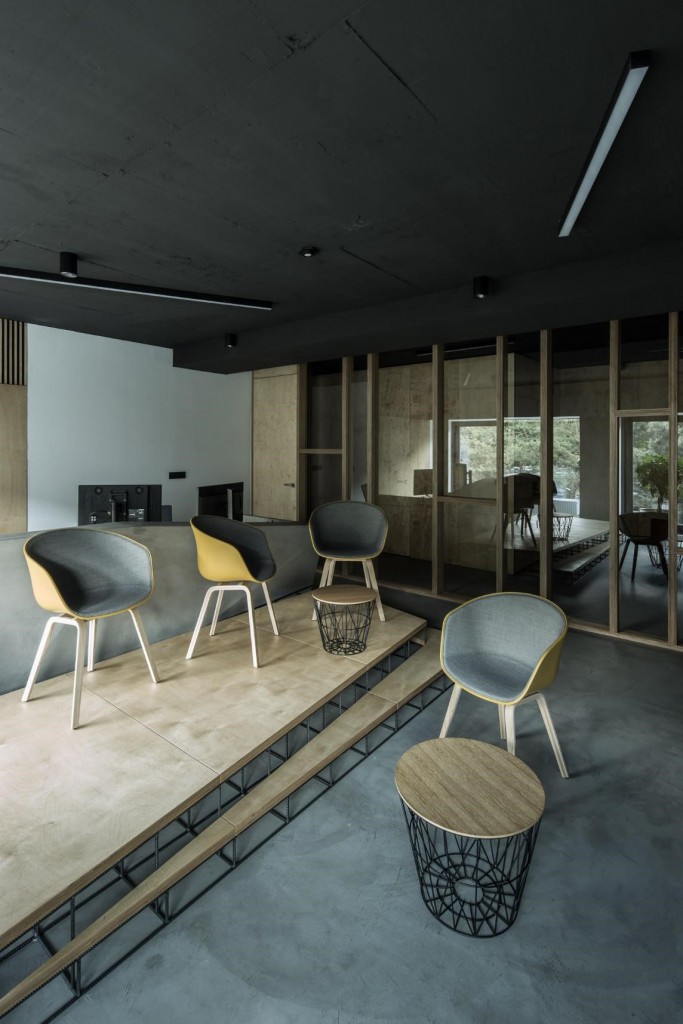 Roger McLay experimented with many different materials in his works. He used glass, wood, aluminum, concrete, and steel to perfect his furniture designs. Out of all his achievements, the most notable is the Kone chair, which is a classic design that made use of a single pre-cut sheet of plywood that is shaped into a cone and inserted into a black steel base. This design innovation showed how post-war furniture designers like McLay made use of the immediate resources they had after the war. In 1950, the Kone chair won an Interior Design Society award, which led to it entering the radar of mainstream retailers. Even today, the Kone chair remains in production. It has become an important part of contemporary furniture designs. 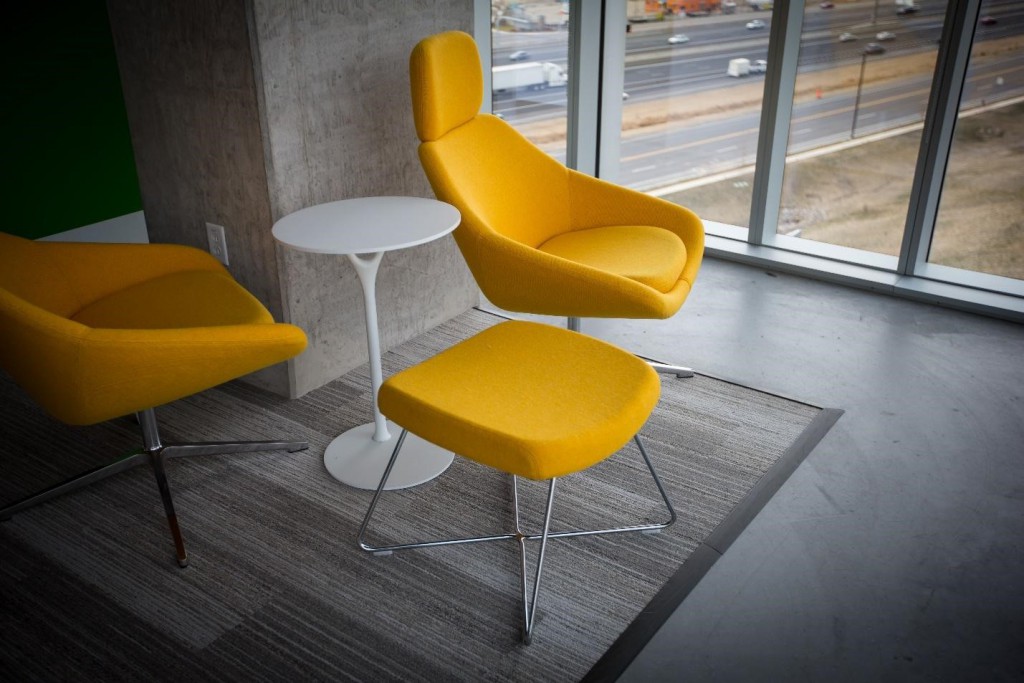 The innovator of the Rondo chair definitely deserves a top spot in the list of Australian furniture designers. Gordon Andrews began his journey by training at the Sydney Technical College. He then transferred to England and helped design the Festival of Britain science pavilion. He returned to Sydney in 1955 and became the first Australian designer to be elected as a Fellow of the UK Society of Industrial Artists and Designers. The next year, he designed the Rondo chair, establishing him as a renowned international designer in the mid-Fifties. His talents were not exclusive to furniture as he also designed jewellery, offices, sculptures, and fabrics, among others. 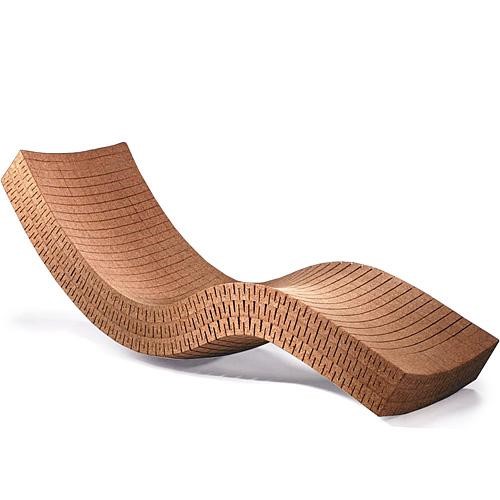 Clement Meadmore was a sculptor by trade. But before he was a renowned sculptor in New York, he worked as a lighting and furniture designer. He was inspired by everyday materials like plywood and metal. This was evident in his early designs that were predominantly made from fine mild steel rod. Although his pieces were too expensive for the average consumer, he inspired numerous furniture designers and his brand made the importance of knowing your furniture designers a trend. His unique metal designs also inspired him to pursue his passion for sculpture. He moved to New York in 1963 and there he truly realised his potential as an international artist. 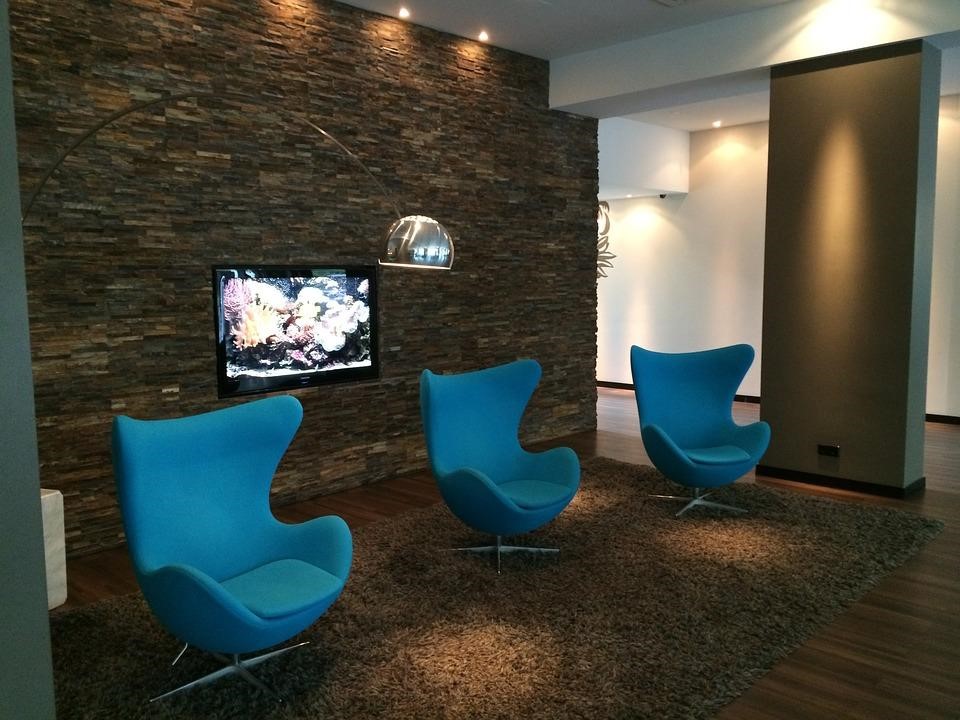 As a kid who grew up in the 1970s in Sydney, Johnny Chamaki was a prodigy. At the age of 10, he was already painting artworks and selling them to his friends’ parents. He had an inquisitive and creative mind that he carried throughout his entire career. He was fascinated by plants and his contemporary works were inspired by nature and unique locations. He designed his most famous furniture design ranges, the Outlaw Series, which earned him the title “Renaissance Man.” In 2002, he opened his award-winning Chamaki Design Studio that focused on furniture design and other creative ventures. Chamaki’s contribution was the gateway for modern furniture design that you can find in furniture stores like Palmerston. 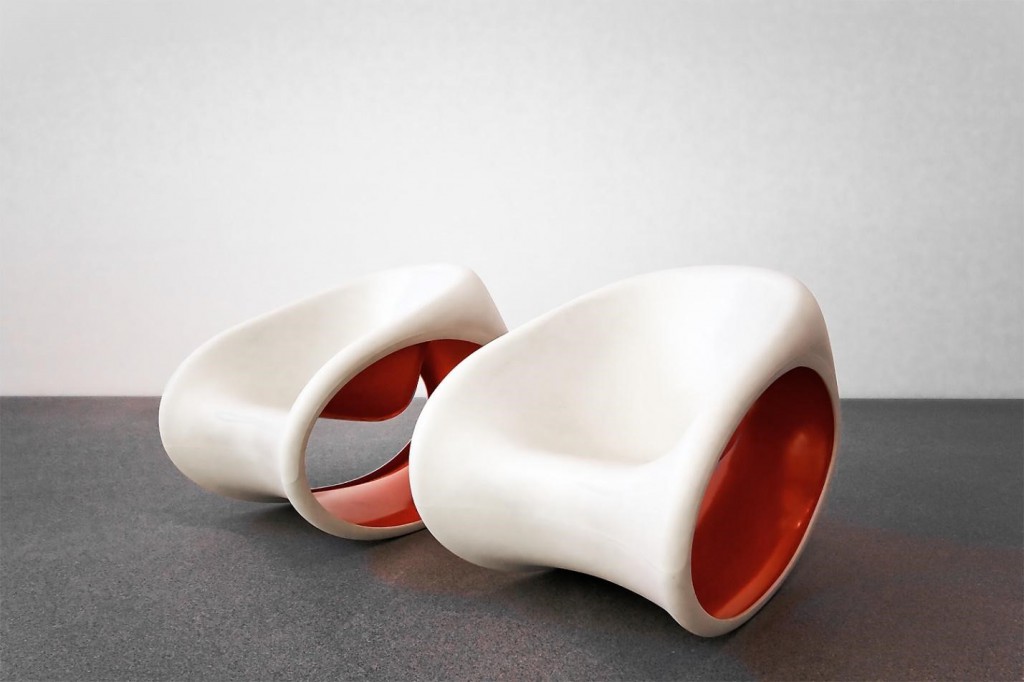 Marc Newson has traveled around the world to develop his craft. He was born in Sydney but spent most of his childhood traveling in Europe and Asia. His talent for designing furniture began to show while he was still a student. After graduating from the Sydney College of Arts in 1984, he was awarded by the Australian Crafts Council with a grant to stage his first exhibition. It was the beginning of a career full of recognition. He has made a number of modern furniture designs including the Embryo chair, the Lockheed lounge, and the Chop Top table. His designs are largely inspired by organic shapes in nature. In 2005, he was included in Time Magazine’s 100 Most Influential People and his works were featured in New York and London museums. It’s hard to dispute why he’s the most influential designer of his generation.

All of these furniture designers deserve credit for their work. They all have contributed to the success of the furniture design industry in Australia today. Without their efforts and talents, we wouldn’t have the same comfortable, convenient, and aesthetically pleasing furniture that we enjoy using every day.